Have you been paying attention to The Week's news?

UK headlines have been dominated by Boris Johnson’s health this week, after the prime minister was admitted to hospital with “persistent” Covid-19 symptoms on Sunday and then moved to an intensive care unit the following evening as his condition worsened.

Foreign Secretary Dominic Raab has been made de facto leader in the absence of Johnson, who was said by Cabinet Minister Michael Gove to be in “good spirits”.

The upheaval at Downing Street comes as the economic effects of the coronavirus pandemic continue to be felt, with the number of property sales agreed in the UK falling by 70% since the nationwide lockdown came into effect, newly published figures show. Meanwhile, the reduction in human activity has seen a dramatic fall in seismic movement - or to put it another way, Britain is vibrating less.

In global news, Donald Trump is facing increasing criticism over his perceived mishandling of the coronavirus outbreak in his country.

The US this week recorded a new global high for the number of fatalities linked to the virus in a single day, and has also reported the most infections, accounting for almost a third of all the cases recorded worldwide.

To find out how closely you’ve been paying attention to the latest developments in the pandemic, and other newsworthy events across the globe, put your knowledge to the test with our Quiz of The Week.

In Sweden, authorities are persisting with their “experimental” approach to containing the coronavirus, despite the Scandinavian nation having reported more deaths than the total number of Covid-19-related fatalities in neighbouring Denmark, Norway and Finland combined.

Back in the UK, English Premier League chief Richard Masters has warned that the English top-flight could lose as much as £1bn in revenue because of the indefinite postponement of the season during the health crisis.

In the world of politics, Keir Starmer won the Labour leadership race, before introducing a familiar face to his new shadow cabinet.

And in other non-coronavirus-related news, Prince Harry and Meghan Markle revealed the name of their new charity, whie Jewish communities around the world began Passover. 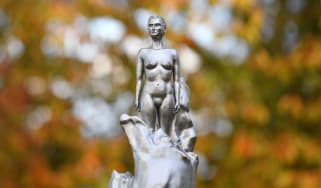 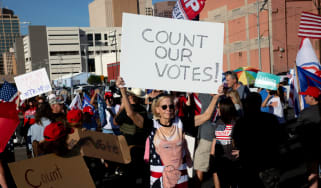