The week kicked off with an ominous warning from Boris Johnson that the UK has reached a “perilous turning point” in the fight to contain the coronavirus outbreak.

In a televised address to the nation on Monday, the prime minister announced a raft of new Covid-19 rules, including increased fines for not wearing masks and a curfew on pubs. And people who can work at home are being advised once again to do so, as murmurs of a possible second national lockdown make their way into ministers’ bulletins.

Johnson has also been hit by rumours that he recently enjoyed a secret break in Italy, amid reports that the prime minister was spotted at Perugia Airport earlier this month. Downing Street strenuously denies the claim, leading some commentators to speculate whether the PM might have a doppelganger making his way around Europe.

Ireland was advised by Sweden’s former chief epidemiologist Dr Johan Giesecke to let the virus spread “spread through the population alongside a programme that concentrates on the ‘old and frail”.

Across the Atlantic, the debate over whether the late Ruth Bader-Ginsburg’s position on the Supreme Court should be filled before the US presidential election continued to rage, with Republicans keen to push on with an appointment.

And in Asia, a Chinese property mogul who criticised President Xi Jinping’s handling of the pandemic and called him a “clown who wants to be an emperor” was jailed for 18 years on corruption charges. 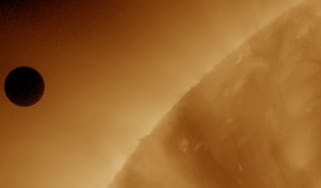