This week kicked off with news that Boris Johnson is planning another climbdown over free school meals, adding to the ever-expanding list of government U-turns.

After Manchester United star Marcus Rashford again whipped up public support for the scheme, Downing Street insiders said that the prime minister is looking to boost its funding over the Christmas period.

On the opposition benches, infighting has exploded in the Labour Party following the publication of the much-anticipated Equality and Human Rights Commission report into anti-Semitism.

Ex-Labour leader Jeremy Corbyn was suspended from the party after rejecting the report’s findings, which said that the party broke equality laws and was responsible for anti-Semitic discrimination under his leadership.

To find out how closely you’ve been paying attention to the latest developments in global events, put your knowledge to the test with our Quiz of The Week:

In France, Emmanuel Macron provoked the ire of a string of Muslim-majority countries following his response to a string of terror attacks, including the murder of school teacher Samuel Paty.

The US election campaign also entered its final full week, with Joe Biden still leading in most national and swing state polls. In an unusual development, one of the Republican’s most promising senators came unstuck during a town hall meeting over the price of soybeans, in a slip that could help swing the Senate for the Democrats.

Meghan Markle was granted a delay in her privacy trial with The Mail on Sunday. The request was granted after the High Court judge heard “confidential reasons” from Markle’s lawyers as to why it was needed.

And a student embarrassed a number of journalists with a hoax story about former high street favourite Woolworths reopening its doors. 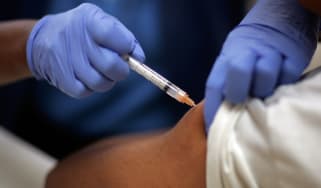