‘Irresistins’: have scientists discovered a drug that defeats superbugs? 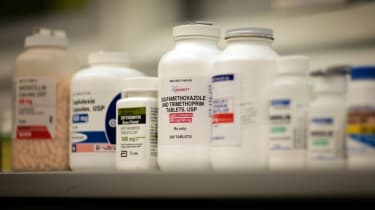 Scientists have discovered an antibiotic that can wipe out some of the most dangerous bacteria on Earth before they develop resistance.

The killer “blow in the fight against superbugs” follows a “marathon 25-day experiment” on so-called irresistin compounds, reports The Times.

The Princeton University researchers say the new antibiotic works like a “poison arrow”, piercing the outer wall of the bacteria and destroying a substance inside called folate.

Extensive laboratory testing found that irresistins work even against a strain of gonorrhoea that, according to the Daily Mail, “is one of the top five urgent threats to public health” because it is resistant to all other antibiotics.

The scientists also managed to kill gram-negative bacteria, which The Times describes as having “an outer layer that shrugs off most antibiotics”.

No new classes of antibiotics to treat gram-negatives have been marketed for three decades, as the “medicine has to be strong enough to kill the bacteria without being toxic to humans”, adds the Mail.

The Princeton team hope their discovery will lead “to better antibiotics - and new types of antibiotics - in the future”, says biology professor Zemer Gitai, who coauthored a paper outlining the research that has been published in the journal Cell.

Other scientists have also applauded the development. Kerwyn Huang, a Stanford University professor of bioengineering who was not involved in the research, said irresistins had the potential to “revolutionise antibiotic development”, The Times reports.

Antibiotic consumption in the UK peaked in 2014 but has fallen since amid fears about a global increase in antibiotic resistance. However, usage dropped by just 6% in the five years to 2018, according to industry magazine The Pharmaceutical Journal.