Ten things from the world of sport on Friday 31 January

by The Week team
Dominic Thiem celebrates his semi-final victory over Alexander Zverev&nbsp;

1. A huge weekend of sport ahead

Tomorrow and Sunday will see a number of major sporting events on the schedule.

The weekend starts with the Australian Open women’s singles final between Sofia Kenin and Garbine Muguruza at 8.30am (GMT).

The big sporting weekend concludes with England against France in the Six Nations in Paris (3pm) and the NFL Super Bowl between the Kansas City Chiefs and San Francisco 49ers in Miami.

Super Bowl LIV starts at 11.30pm on Sunday night and is live on Sky Sports and BBC Sport.

2. Thiem to take on Djokovic

Austrian Thiem, 26, said: “To reach the Australian Open final is unreal. Two tie-breaks, so tough and so close, it was almost impossible to break him.”

Defending champion Djokovic is aiming for an eighth Australian Open title. Should he win at the weekend it would be the 17th grand slam title of his career.

Sunday’s final in Melbourne will start at 8.30am (GMT) and is live on Eurosport.

Northampton Saints full-back George Furbank will make his England debut on Sunday in the Six Nations clash against France. Anthony Watson’s injury means that head coach Eddie Jones has had to shuffle his backs for the trip to Paris.

Furbank’s selection at full-back means Elliot Daly will play on the left wing and Jonny May on the right. Captain Owen Farrell plays at inside centre, George Ford is fly-half and Ben Youngs is scrum-half.

Six Nations round one preview: will brute force be enough to crush Les Bleus?

A hippo in the United States is predicting a Super Bowl victory for the Kansas City Chiefs against the San Francisco 49ers on Sunday night.

Zookeepers at Cincinnati Zoo decided to ask Fiona the Hippo to pick which team would win the NFL showpiece. Confronted with the logos of the two teams, the hippo vomited on the Kansas one, ending any doubt over the matter.

Super Bowl LIV parties: where to watch in London

The Ladies Professional Golf Association (LPGA) has confirmed that the Blue Bay event in China in March has been cancelled because of the coronavirus outbreak.

The LPGA said in a statement: “Any time you cancel an event, it is a difficult decision and we appreciate how hard our partners, the China LPGA and the China Golf Association have worked to host an incredible event.

“While we are disappointed that the tournament won’t take place this season, we look forward to going back to Blue Bay in 2021 and for many years to come.”

6. Hamilton: no talks yet with Mercedes

Six-time Formula 1 world champion Lewis Hamilton has yet to start talks with Mercedes over a new contract. Reports had claimed that talks had “broken down” between the parties, but the British driver said on social media that he and team boss Toto Wolff “have not even spoken about [a] contract yet, nothing is being negotiated currently”.

Lionel Messi marked his 500th win as a Barcelona player by scoring twice in last night’s 5-0 victory over Leganes in the Copa del Rey round of 16.

Argentine Messi scored on 59 and 89 minutes to take his season tally to 19 goals in 23 appearances in all competitions for the Catalans.

Barca Blaugranes reports: “It has taken Messi 710 games to register his 500th victory, and he has scored 622 goals and picked up 241 assists along the way. Not bad.”

When the clock strikes 11pm it will also mean the close of the January transfer window. Ahead of the window “slamming shut” Premier League and English Football League clubs will be busy speaking to agents and players in the hope of refreshing their squads for the remainder of the season.

Real Madrid star Gareth Bale has been linked with a return to Tottenham. However, Sky Sports reports that Real boss Zinedine Zidane has ruled out the Welshman leaving on deadline day.

The Sporting Lisbon star yesterday penned a five-and-a-half-year contract, with the option of a further 12 months, in a deal that could “potentially rise to £67.7m”. 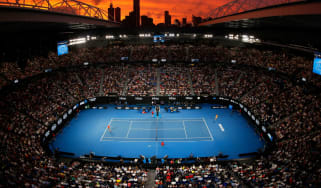