Virginia Water: the village where houses cost £1m and up

Want Bruce Forsyth as a neighbour? You'll need to be cashed up to live in Britain's costliest village

VIRGINIA WATER, a leafy village in Surrey, has become the first place outside London where house prices average more than £1 million, the Daily Telegraph says. Property values jumped six per cent in the village last year and in one street – Portnall Rise – the average price of a house has hit a staggering £4.3 million. So, why is a Virginia Water address so prized?

You might see Sir Bruce Forsyth. A larger-than-average portion of Virginia Water's 6,000-plus inhabitants are certified celebrities. Sir Bruce, who lives at a grand property called Straidarran, is often cited as the village's most famous local resident. It's also home (or has been) to Sarah, Duchess of York, Sir Elton John, his lyricist Bernie Taupin, Sir Cliff Richard, Diana Dors and golfer Sir Nick Faldo, to name just a few.

It's really pretty. Virginia Water is only 11 miles (as the crow flies) from London, but you wouldn't know it. Estate agents routinely describe it as a "leafy, picturesque village".

It's extremely well-connected. The village is in what used to be called the 'stockbroker belt' – a leafy sanctuary for well-heeled workers in the City of London's financial sector. Waterloo station is just 45 minutes away by train or you can jump in the Bentley and head for the M25, the M3 or the M4 motorways. Heathrow airport is only 8.5 miles away, so you can be on a jet to your other home in no time.

It's not boring Unlikely. Virginia Water may be a village, but there are plenty of attractions nearby. Locals pop over to Ascot or Windsor to shop and Windsor Great Park is a great place for a stroll. The Wentworth Club has all the golf, tennis – Andy Murray's a member, apparently – and fitness facilities you could need. Legoland, Thorpe Park and the London Motor Museum are all less than ten miles away.

The £1m houses are the smaller properties The vendors of a five-bedroom mansion on West Drive are seeking offers "in the region of £11 million". Nice touches include the swimming pool, the "electrically operated wrought-iron gates" and a private entrance providing "buggy access" to the third hole of one of Wentworth's golf courses. 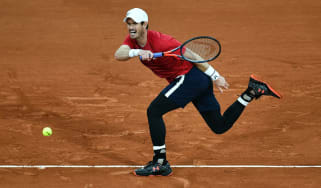