If Vladimir Putin is seriously ill it matters to the world

His pardoning of Khodorkovsky was out of character: some suggest he is clearing his conscience 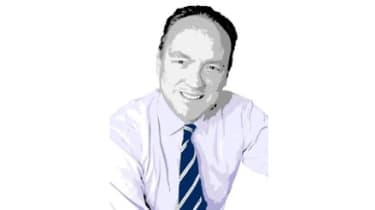 PRESIDENT PUTIN is seriously ill, according to a number of seasoned observers of the Russian scene. Some of them suggest that he is suffering from cancer, perhaps even one of the most feared forms of the disease – cancer of the spinal cord, which might explain his periodically bad back.

Rumours about the state of his health began surfacing more than a year ago, and then went quiet. But they are back again with a vengeance.

Just before Christmas, Putin pardoned and released his arch-enemy, the ex-oligarch Mikhail Khodorkovsky who had been languishing in jail since 2003, on the grounds that Khodorkovsky’s mother was dying of cancer. This is out of character to say the least: Putin is known for pursuing vendettas against his perceived enemies with near Sicilian zeal.  Some have suggested he is clearing his conscience.

There is some evidence to suggest that Putin is religious. His mother had him christened as a baby even though it was illegal at the time. He is a staunch supporter of the Russian Orthodox Church, appearing regularly at major cathedrals on feast days, and keeping a copy of the Bible on the presidential plane.

He is a personal friend of the current Patriarch of Moscow and has visited three popes, most recently holding talks last November with Pope Francis on how to protect Christians in North Africa and Syria.

The health and lifestyle of key foreign leaders are usually a high priority collection requirement for intelligence services around the world, as we saw in recent revelations about American and British attempts to spy on Chancellor Merkel.

Some information is relatively easy to uncover and would usually be included in diplomatic telegrams rather than secret intelligence reports. The tensions between President Hollande and Valerie Trierweiler, for instance, were an open secret for months before details of his affair with a French actress were published in early January. British diplomats like to report such heated goings-on in cool, detached and elegant Oxbridge prose.

But medical details are another matter. Sometimes, illness can be kept secret. President Mitterrand’s prostate cancer remained so throughout his 14 years in office.

Where a foreign leader seeks medical attention outside his native country it is usually possible for intelligence services to find out.  King Hussein of Jordan’s frail health was well understood because he received treatment for cancer at the Mayo Clinic in Minnesota.  What took people by surprise in the end, including his own family, was not the timing of his death but the sudden change in succession planning, his brother Hassan being dismissed as Crown Prince at the very last moment.

In President Yeltsin’s case his heart problems and dangerous drinking habits were no great secret.  Most of the West’s intelligence services kept a close eye on his health and in the mid-1990s the accepted view was that he could go at any time with grim political consequences.

The worst scare came in 1994 when, on his way to the United States, Yeltsin made a brief stop at Shannon airport.  While the presidential jet was being refuelled he was due to meet the Taoiseach, Albert Reynolds. To the horror of the western intelligence community, Yeltsin never emerged from his aircraft.

Eventually, it turned out he was alive and well, just a little too refreshed to make it down the steps. Yeltsin blamed his aides, unfairly; his plane is said to have circled the airport six times while they tried to sober him up. “Circling over Shannon” entered Irish pub slang as a result, the equivalent of “completely legless”. Yeltsin survived, against the odds, until 1999.

What happens to Putin is important to us all even though his fervent nationalism and strong preference for “traditional” (his word) sexuality have upset Western elite opinion. Even Elton John is rude about him. But he remains an important and influential figure.

As the UN sponsored Syrian peace talks continue in Montreux, it is worth remembering that Putin is still able to exert influence over President Assad’s government. His immediate assessment that Assad would be hard to overthrow seems uncannily prescient. If anything can be salvaged from the on-going horror in Syria his influence will be important.

Nor is an internally unstable Russia in our interests. Like many Russian leaders before him, Putin’s rule, although obeying the forms of the (elastic) Russian constitution, is basically personal. He is Tsar in all but name, and like the Romanovs, has appropriated a large chunk of Russia’s wealth to himself.

Unlike the Romanovs, he has no obvious heir. If he becomes seriously ill in office, any succession struggle will be made doubly bitter by the extreme wealth as well as political power up for grabs.